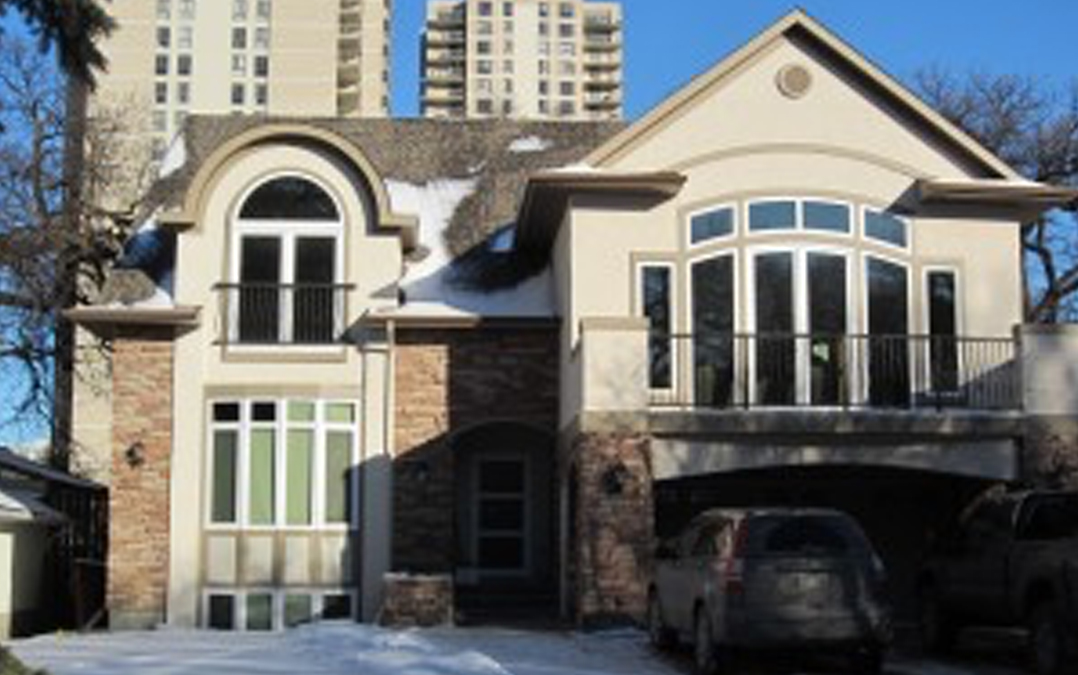 Southern Comfort Mechanical (SCMI) was approached early in the planning stages of this project to consult on the most optimal way to heat the new home. A geothermal system with fan coils and radiators was initially explored, but preliminary calculations showed that a large number of radiators would be required.

A challenge with this project was that, while the client requested an HVAC system to be designed with minimal airflow throughout the home, the architectural drawings made no provisions for such ductwork. To remedy this, SCMI worked with the client and general contractor to design an HVAC system that would utilize geothermal radiant floor heat throughout the entire home. Floor tubing was installed, then a concrete slurry was poured over top. Each level is controlled with a dedicated manifold, with a total of  five separate zones throughout the home.

Although the home is built in an existing neighborhood, the heat loss calculations and ground loop design showed that the lot size was large enough to allow for a vertical loop geothermal system. A ground loop was installed in the front yard and back yard to a depth of 50 foot.